I like the idea of freshly baked sticky buns on a cold, snowy weekend morning.  But, I like the idea much more than the actual work and preparation of making the dough the night before, then waking up early to proof, assemble and bake the sticky pans.  That’s a lot of work for a weekend.

Here’s a way to have the same freshly baked sticky bun experience without all of the work and preparation. A marshmallow is dipped in butter, then cinnamon and sugar, wrapped in crescent roll dough, then dipped in more butter,  cinnamon and sugar.  The magic happens in the oven when the marshmallow magically disappears, melting with the cinnamon and sugar and creating the gooey sauce that makes a sticky bun so good.  Drizzle generously with cream cheese glaze, top with toasted pecans, and you are done.  Freshly baked pecan sticky buns in less than an hour and you did not have to wake up early.

My mom first remembers making these when she was in the 3rd grade and they would often have them for breakfast on the weekends or for holidays. She had no idea where the recipe came from but after a little research, I found a variation of this recipe won the Pillsbury Bake-Off in 1969 and has remained popular ever since. 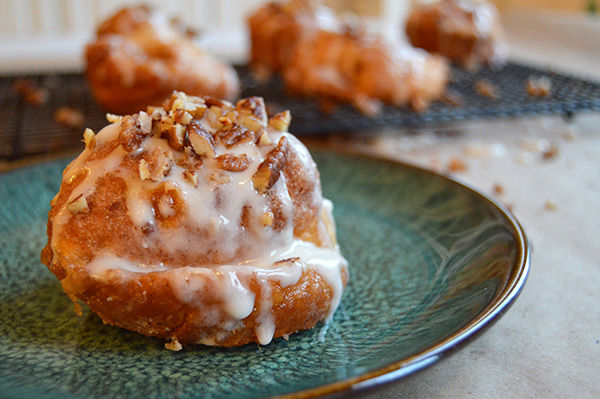 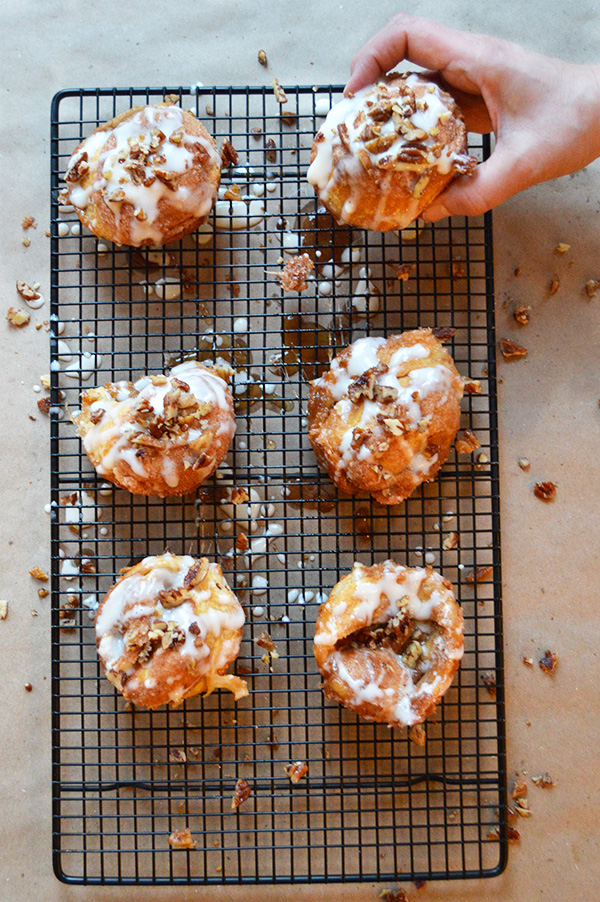 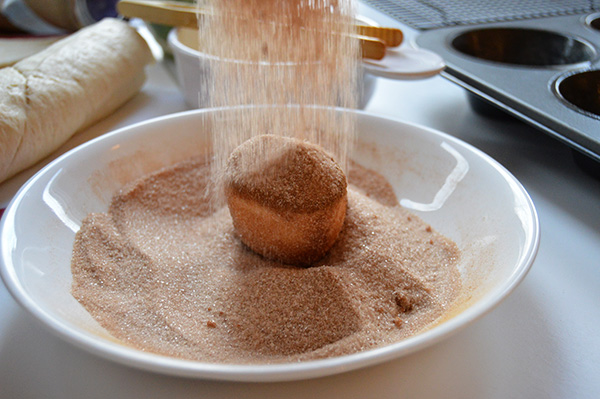 Try to gently stretch out your crescent roll dough before wrapping it around the marshmallow.  You want to pinch the dough tightly to prevent the melted marshmallow from running out. 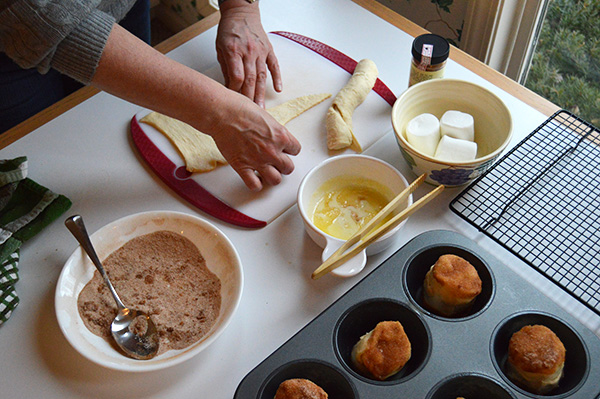 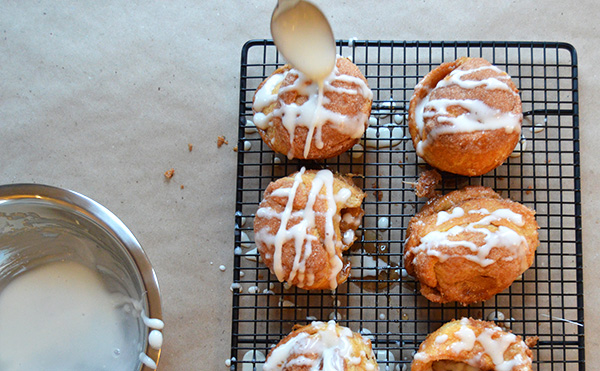 Top the sticky buns with toasted pecans, if you like, but there is no harm in leaving them plain. 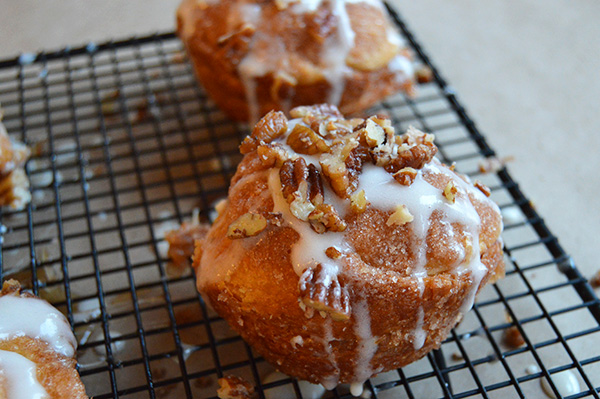 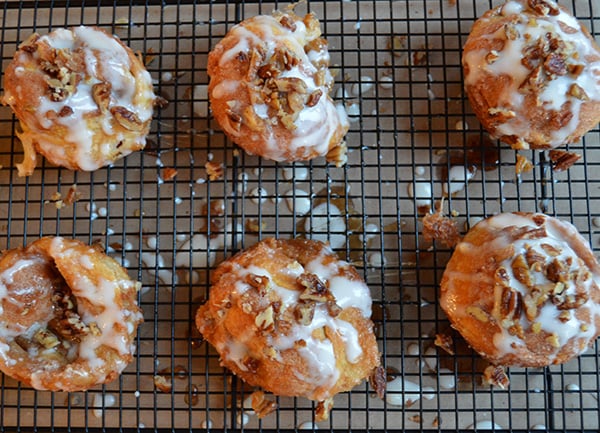 For the Sticky Buns

Separate the crescent rolls into 8 triangles. In a small bowl, mix together the cinnamon and sugar.

Starting with one piece of crescent roll, gently stretch the dough to create more surface area to use to wrap the marshmallow.

Bake for 12-15 minutes until puffed and golden brown. Place a sheet pan or foil on the oven rack below to protect from spills in case the buns bubble over.

While the buns are baking, whisk together the cream cheese, milk, and powdered sugar to make the glaze.

Let buns cool in pan for 3 minutes then remove and place on a wire rack. Drizzle the warm buns with glaze and sprinkle with toasted pecans. Serve warm. 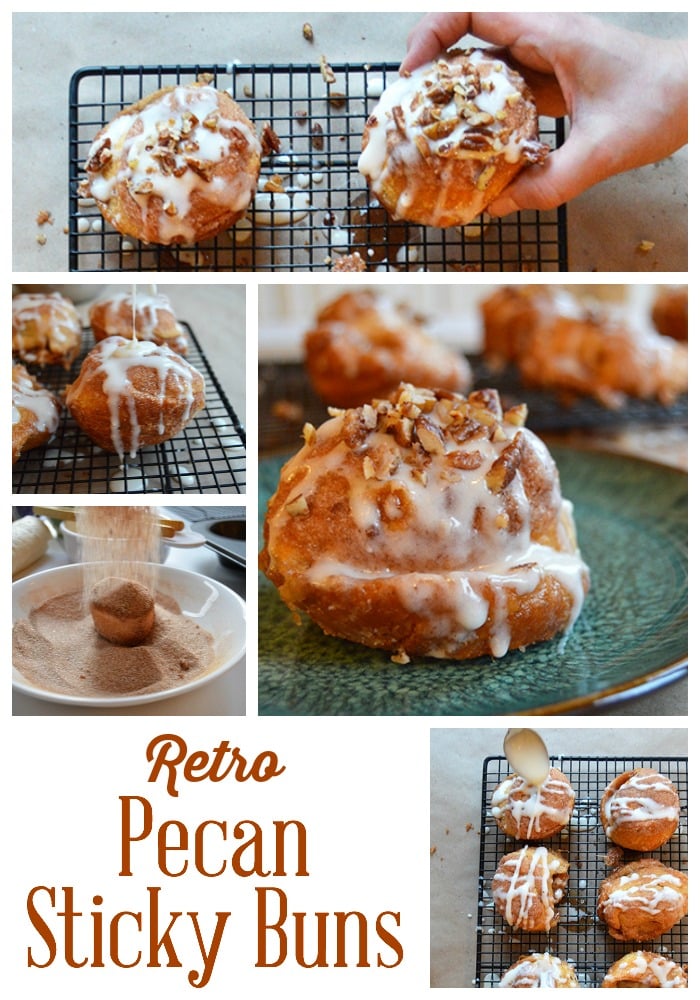